This Cheetah and Puppy Best Friend Duo Will Warm Your Heart

They say that dogs are a man’s best friend. Well, it seems man has to share their furry pals with cheetahs! The dog makes the cheetah calm and the cheetah gives the dog a companion. Thirty years ago, zoologists at the San Diego Zoo started to notice the calming effects dogs had on cheetahs. Because dogs can be naturally comfortable even with strangers, they can be helpful buddies for cheetahs who can be quite anxious and cautious when in a new situation. The first pair was Arusha, a male cheetah, and Anna, a golden retriever in 1980. They were constant companions until Anna passed away in 1993.

It is necessary to introduce the pair to each other while cheetahs are still young and playful. A 3-month-old cheetah named Amara and a shelter rescue dog called Hopper was another pair at the San Diego Zoo that became quite inseparable. The entire process starts with looking for a six-month-old shelter dog that have a good disposition and a naturally calm demeanor. The animals are then put in habitats that sit next to each other so they can look at and smell each other. Next, they have brief supervised visits with their handlers so they can sniff and investigate each other. Before you know it, both animals are playing together and, at night, the cheetah even cuddles up to his/her big furry friend. It can take anywhere from one week to three months for the bond between dogs and cheetahs to develop. And because of how unique the relationship is, zookeepers do not introduce a new furry friend when a companion dog passes away.

Here are some of the cheetahs and their besties that you might come across when at the zoo:

Kumbali was a little over two weeks old when he met Kago. The two immediately became the best of friends and Kumbali became healthier and more confident.

Emmett and Cullen met when Emmett was a 10-week-old cub and Cullen was 7 weeks old. After birth, Emmett had to fight pneumonia for a couple of weeks. Thankfully, he has Cullen to keep his spirits up while he recovers. 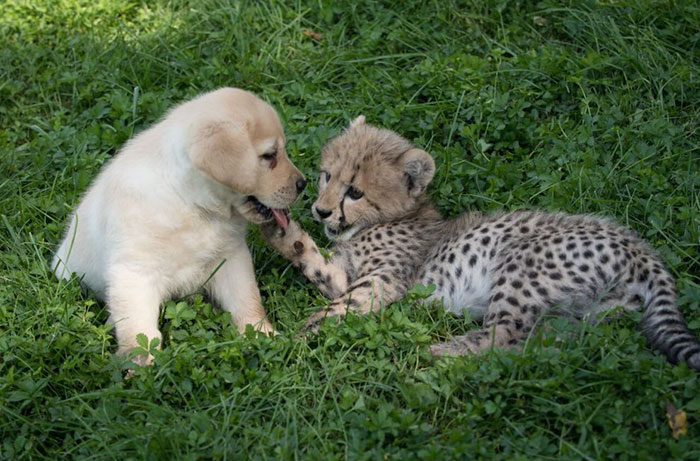 Keyara had leg surgery in 2016 and her best pal Coby was there to help her recuperate. She is now doing great.

Kasi and Mtani met and became fast friends in 2011 in Busch Gardens, Florida. Kasi was a 3-week-old orphaned cub and Mtani was no more than a pup when they were brought together because male cheetahs, by nature, form strong “coalitions” with their siblings.  The unlikely pair may not be brothers by blood, but their bond is sure as strong. Adaeze met 6-year-old Odie when the she was a year old at the Leo Zoological Center in Greenwich, Connecticut. Adaeze’s mother gave birth to eight cubs and was just overwhelmed with caring for them. Playful and naught Odie was brought in to help and the two just hit it off. 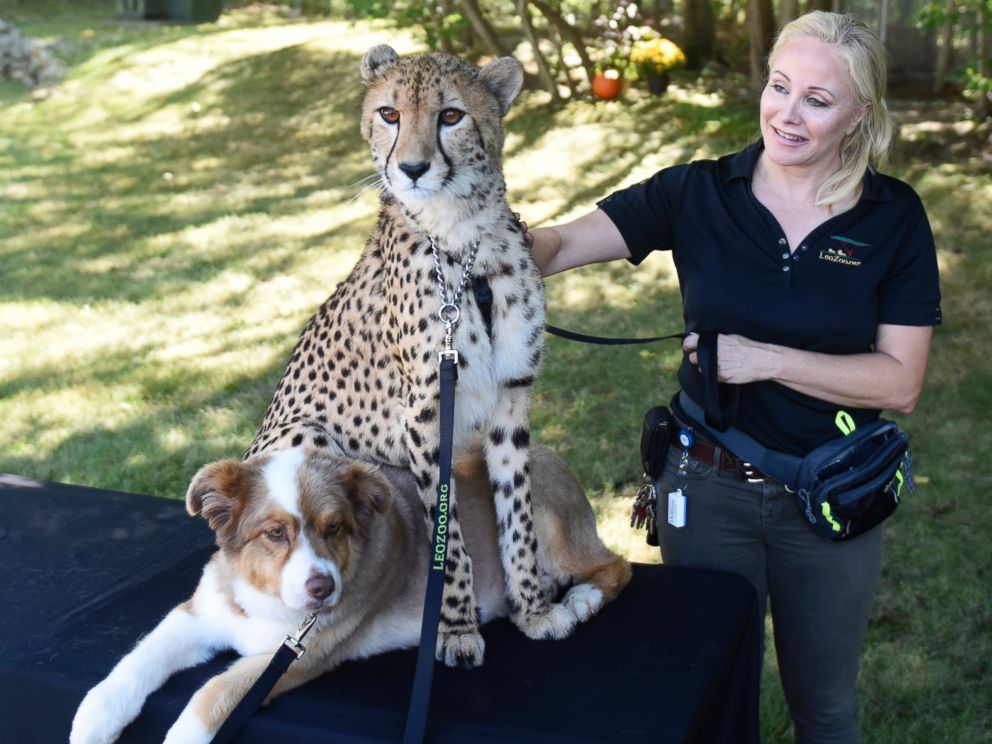 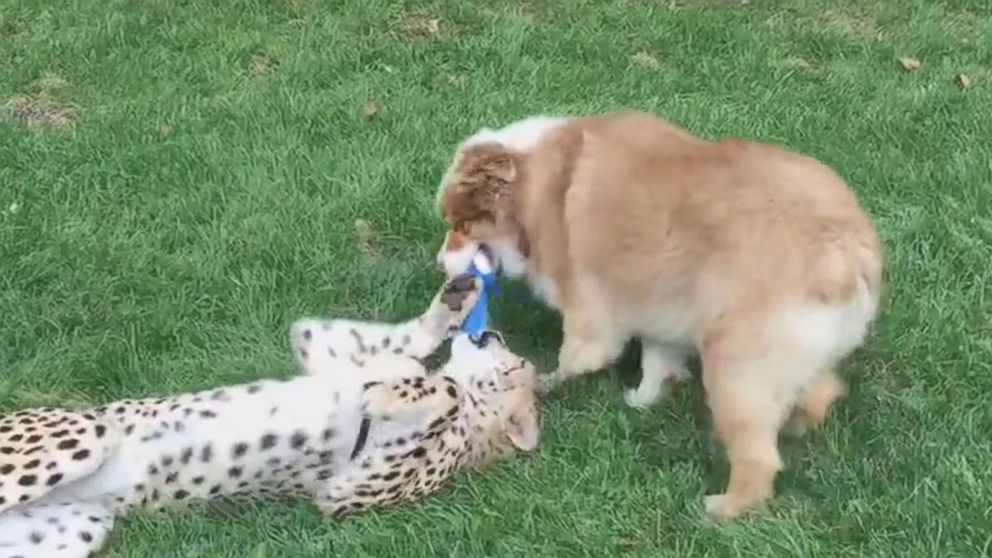