Crosswalks are very important because they keep both driver and pedestrian safe. Sometimes, though, drivers fail to slow down when approaching a pedestrian crossing and accidents happen. While crosswalks remain as a significant part of the road, the white stripes can really do little to catch a driver’s attention.

To change this, Iceland’s Ralf Trylla has decided to put 3D zebra stripes in a town in northern Iceland. The country’s environmental commissioner was inspired by a similar project in India which has proved to be quite successful. Trylla sought the services of street painting company Vegmálun GÍH to make an interesting – and fun! – pedestrian crossing in the town of Ísafjörður.

What do you think? Would these stripes make you slow down? Gauti Ívar Halldórsson, CEO of Vegamálun, says a crosswalk like this makes it seem like something is blocking the road. Now, you wouldn’t want your car to hit this speed bump, would you? Pedestrians, on the other hand, find the optical illusion useful and amusing. 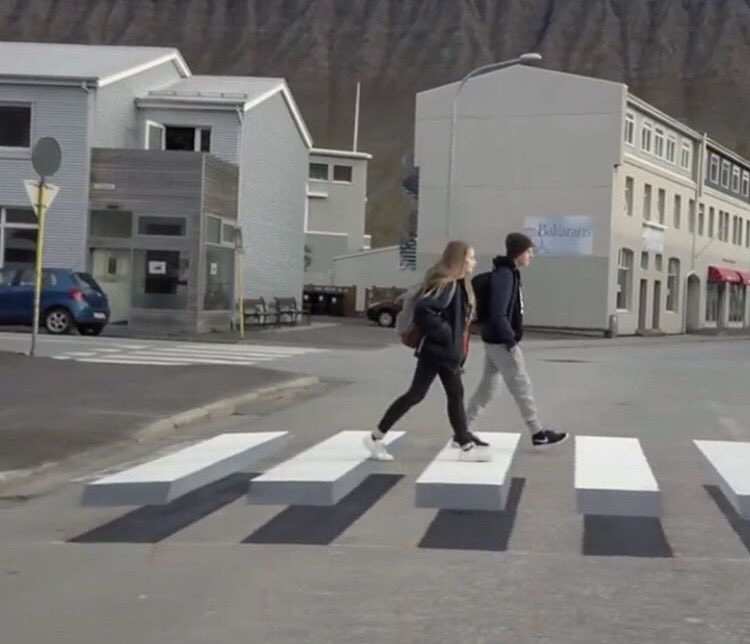 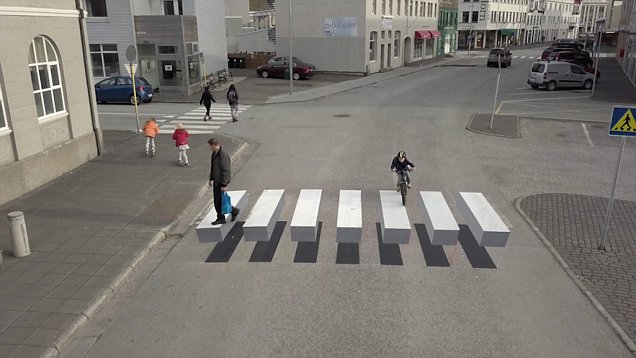